Home » Blog » Trading » Trading Strategy » How to Find Support and Resistance Level of a Stock?

How to Find Support and Resistance Level of a Stock? 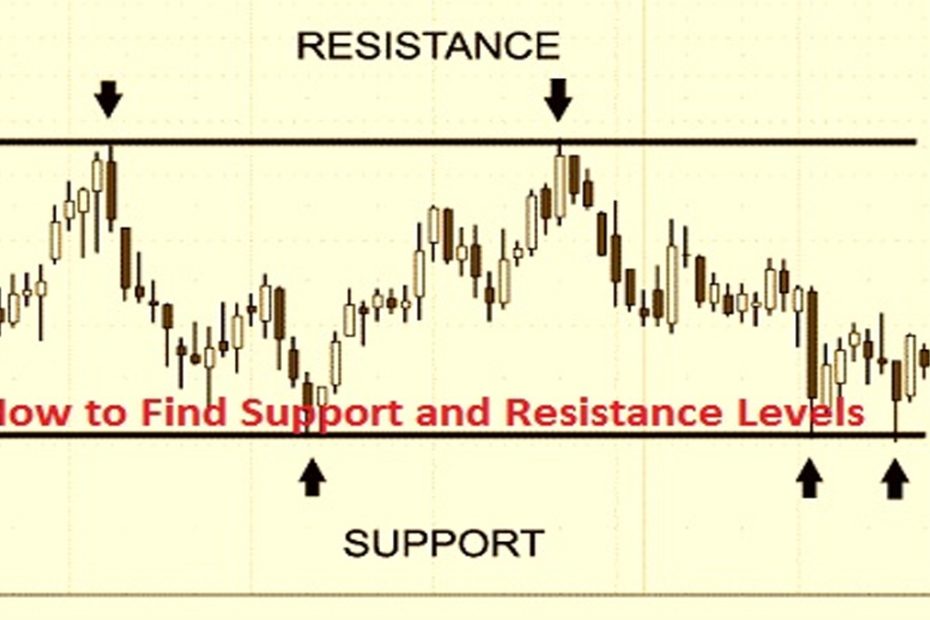 The whole financial market stands on top of the two pillars, supply, and demand. The entire market moves according to the correlation between supply and demand. During the bullish trend, buyers dominate the market and the opposite happens in the bearish market. The support-resistance level indicates nothing but the relationship between supply and demand. The content will cover Support-Resistance levels in details. Basically, traders work on SR (Support-Resistance) visually, usage of calculation-interpretation is much less. I hope through the article, you will come to know every detail of How to Find Support and Resistance Levels of a Stock?

What is the Support and Resistance Level?

Let’s start with the basics, definition of Support-Resistance level. Before entering into a chart, it is important to have a basic brief overview of the particular subject. After that, we will describe certain steps on “How to Find Support and Resistance Levels of a Stock?”.

The name itself suggests its meaning. As the specific level prevent the price from falling further, refers to as Support. From this level, buyers demand power become high. Price at support level tends to bounce back towards upwards direction. As the support considers as the maximum price falling level, it appears under the CMP (Current Market Price). After a support is broken, another one will have to be established at a lower level.

If you draw an area which connects previous three or more data points of a stock closing or low price, a support zone will create. It’s better to create a zone rather than a line. Sometimes, traders miss out the support level, for this reason, it is suggested to draw a support zone.

Resistance is just the opposite to the Support level. As the name suggests, it prevents the price from rising further. At this point, traders expect a maximum supply, as a result, buyers demand power becomes low. As resistance considers as the overbought level, it always comes above the CMP (Current Market price). Multiple resistance levels can appear in a stock.

Based on the previous data, resistance is made by connecting the stock opening or high price points. Resistance zone is the most important level to consider as the exit signal from the market. Therefore, it is advisable to draw a zone there in the resistance level.

Features of the Support-Resistance Level

How to Find Support and Resistance Level of a Stock?

The equity, commodity or forex markets sometimes show excessive demand and sometimes they show excessive supply. The place these two excessive forces of supply and demand conflict called support and resistance levels. In a market that’s oversold, we use terms like bears, sell and bearish. In a market that’s overbought, we use terms like bulls, buy and bullish. If a market does move neither up nor down and moves sideways we can say the supply and demand is equal.

Let’s come to today’s main topic “How to Find Support and Resistance Levels of a Stock?”. There are lots of ways by which traders can spot the Support-Resistance zones. By using indicators, oscillators, breakout strategy, traders can create the S-R zone. Hence, move to the main discussion points.

By using oscillators, like RSI, Stochastic etc you can identify the Support-Resistance level. Oscillators mainly oscillate between the range from zero to 100. When the price cross the 70-80 level, considers as an overbought situation while crossing 30-20 level is called oversold situation. Previously, I wrote an article on the overbought & oversold situation, you may go through it. In the overbought situation, the demand of buyers reaches its highest level, from there market tends to go down. Therefore, the level is considered the Resistance Level. Oversold situation rises when sellers supply power reaches its maximum point and tends to go up from there, refers to the Support level.

To make the concept clear, I attach an image below:

For example, I choose the RSI oscillator here on the script. As you can see that after identifying the overbought situation, I create a resistance zone there and oversold as a support zone.

According to the example, Pivot Point is applied on this chart. The white line is the Pivot line. Above Pivot line, there are Resistance levels while below Pivot, Support levels exist.

I have already mentioned the breakout strategy to some extent. Sometimes, when a Resistance is broken, the previous resistance level becomes support and the opposite happens with the Support level. To make you understand a chart is attached below:

Here Support 1 used to be a Resistance zone but when price breaks the resistance level with lower lows and lower high movements and create a new Resistance, the previous one becomes Support level. The higher-high, lower-low price action strategy is described in our previous article. You may go through it.

The S&R does not remain static rather the zone or S&R changes with the ongoing price action.

I am sharing dynamic support and resistance indicator for Amibroker. The indicator is coded for Amibroker on the formula of The Rumpled One’s or TRO’s code in Metatrader. Check the image below.

You can freely download and use the dynamic support and resistance indicator formula below. Please use any of the social share buttons to unlock your download.

I hope, the article “How to Find Support and Resistance Levels of a Stock?” will guide you to in every way in your trading. This particular subject plays a significant role in the stock market.