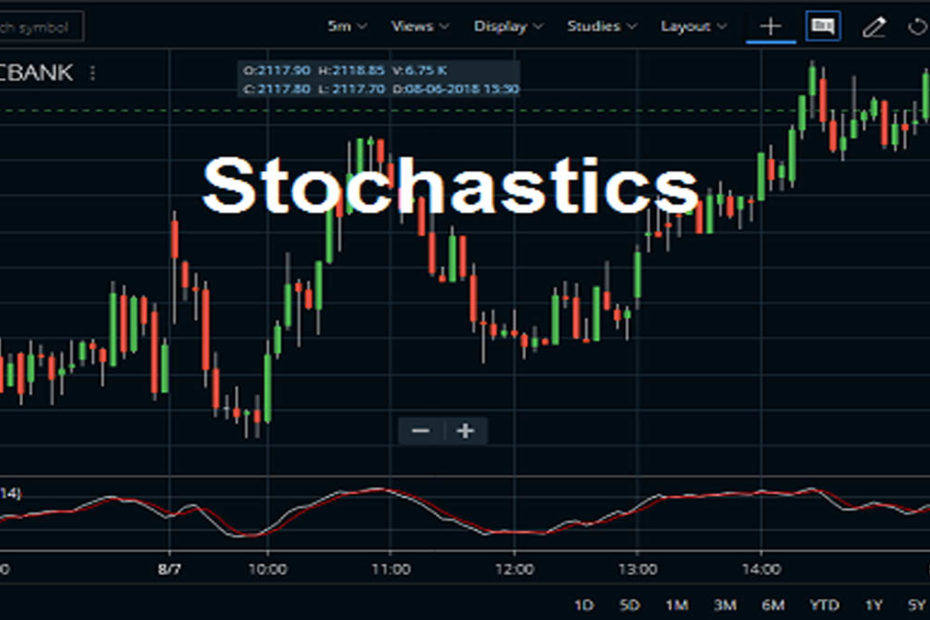 Stochastics Indicator or also known as the Stochastics oscillator is a momentum indicator. It shows the location of the close relative to the high-low range over a set number of periods. In the late 1950s, George C. Lane developed this indicator. This indicator follows the speed or the momentum of price and the momentum changes direction before price. This was Lane’s first and most important identified signal. The developer George C. Traders can use this oscillator to identify bull and bear set-ups and to anticipate a future reversal. This technical indicator is useful for identifying overbought and oversold levels.

The traders can know more about Stochastics in their terminal. They can find it in the STUDIES section of Zerodha Kite and it also available in Kite mobile App. The Period is 14 and you can set the value of it high and low. You can also check the image below to understand how to attach the Stochastics indicator in HDFC Bank share price chart. In this indicator on to any charts likes daily, weekly, monthly or intraday you can attach.

We measure the Stochastics with the %K line and the %D line, and it is the %D line that we follow closely, for it will indicate any major signals in the chart.

Some traders trade on the basis of %d and %k line crossover alone. But this is not a very reliable method of trading. Another way of trading stochastics is to trade the divergence, i.e, when the price and stochastics diverge (suppose price makes higher high but stochastics makes lower high. This denotes that the price can reverse back soon.

Stochastics is a favorite indicator of some technical analysts because of the simplicity of its usage and also the accuracy of its readings. This indicator is easy to perceived by seasoned veterans and new technicians both. It tends to help all investors make a good entry and exit decisions on their holdings. We can also use this indicator to identify turns near support or resistance.