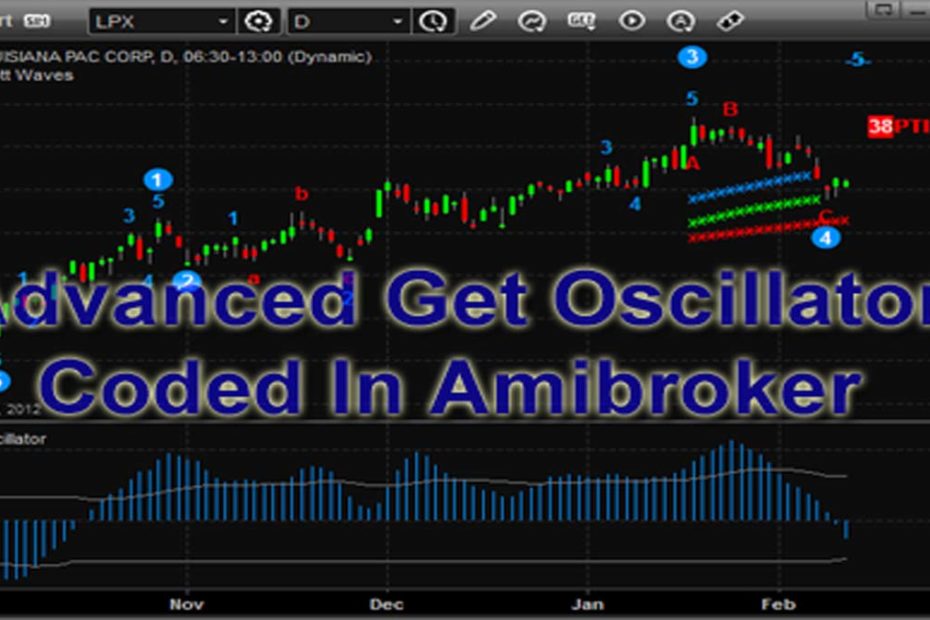 What is an oscillator? As the name suggests the oscillator is something that oscillates. In this post, I will describe something about the advanced get oscillator. As you know that an advanced get is a software where you can understand the Elliott wave counts. But how to confirm the accuracy of the Elliott wave counts. There comes another indicator called advanced get oscillator or it is also called as Elliott Wave Oscillator. In this post, I will describe the author later as well as I will give you a free Amibroker AFL (Amibroker Formula Language) of the oscillator. Here, you will also get an idea of how to trade oscillator besides free Amibroker AFL.

Let’s start from the very basic, now we will go through the basic concept of Oscillator and its importance in the stock market.

Oscillator and Its Importance on the Stock Market

We’ve already cover Oscillator in our previous content. As it is one of the most important terms in the stock market, traders have to come across the oscillator indicator. First, we will go the basic definition of the oscillator, what the Oscillator is and how to trade oscillator.

The term Oscillator comes from the term “Oscillates”. Literally, oscillate means move back or forth in a regular rhythm. In technical analysis platform, it acts as an indicator which indicates the future price movement. The technical analytical tool looks like a band which moves between two extreme values. The highest value is termed as the overbought and the lowest is oversold.

How to Trade Oscillator?

Generally, an oscillator is used along with other indicators in the Technical analysis. Here, the discussion point will be on the workability of the oscillator in the stock market.

This banded oscillator moves within a limited range from 0 to 100. As I’ve mentioned above that oscillators oscillate between the highest and lowest value. Here, generally, 0 to 30 considered the Oversold level and 80-100 is the Overbought level. Oversold is a level where sellers are maximum and at the exit position. It gives a hint of an upcoming bearish market. So, buyers take an entry at the oversold level. The overbought level is exactly the opposite of the oversold.

What Is Advanced Get Oscillator?

By applying the Advanced get oscillator, traders can assume further price movement and identify the strategy accordingly.

The particular oscillator fluctuates or moves above and below its zero levels. When the bars are above zero lines, the trend is bullish. On the other side, during the bearish trend, bars are below the line and traders are looking for selling opportunities.

The above picture shows how the advanced get oscillator looks like. Traders follow some rules to get buy and sell signals.

Here, we are going to state buy trade and sell trade.

Let’s have a look at the above chart. Traders can open buy order when the bars of the oscillator turns back above the zero lines from the bullish area.

The exact opposite is the sell trade. Traders can enter in a sell order when the bar turns back below the zero lines from bearish area or territory.

Corrective waves consist of 3 waves but make net movement in the direction opposite to the trend.

Wave 3 is confirmed whenever the oscillator actually picks up and also create mount like structure. The end or wave 3 and wave 4 and the beginning of web 5 can be identified whenever the oscillator is back to the zero lines. Thus a trader who is using advanced get can take a position not only based on the Elliott Wave but also he can confirm the trade with the Elliott Wave Oscillator.

Amibroker is one of the most popular trading software, comes with most advanced charting, scanning, optimization and many other features. Here, is the glimpse of Amibroker’s features: