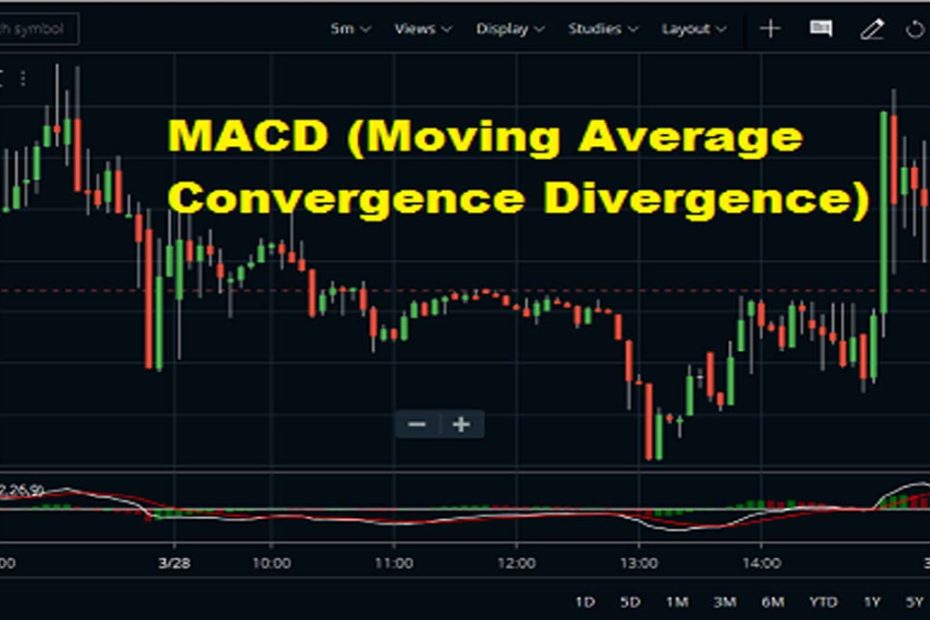 The MACD indicator (Moving Average Convergence Divergence) is a momentum and trend-following indicator. It is based on the information of moving averages. It is developed by Gerald Appel in the late seventies. The MACD oscillator is one of the simplest and most effective momentum indicators available. The Moving Average Convergence/Divergence (MACD) indicator is a momentum oscillator primarily used to trade trends. It is also an oscillator, it is not typically used to identify overbought or oversold conditions. The MACD appears on the chart as two lines which oscillate without boundaries.

What is moving average convergence divergence?

Many traders say Moving Average Convergence Divergence is the father of all the indicators. Which is abbreviated as MACD or as the father of indicators many people calls it as MAC-Daddy. The MACD indicator strategy was developed by Gerald Appel, publisher of Systems and Forecasts. It is a Trend following momentum indicator. It shows relationship between two moving average of prices. MACD is the difference between a 26 day EMA (exponential moving average) and 12 day EMA. A 9 day EMA, called signal line is plotted on top of MACD to show buy/ sell opportunities.

How to read macd indicator?

MACD indicator strategy / MACD formula helps one to understand immediate direction of the underlying. The MACD above the zero line is bullish while below the zero line it is bearish. There is another way to read the Moving Average Convergence Divergence. When the MACD crosses the signal it is a buy signal. On the other hand when the it crosses below the signal line it is a sell signal.

How to use macd indicator in day trading?

There are three popular ways to use MACD – Crossover, overbought/ oversold condition, divergence. MACD proves most effective in wide swinging trading market. The signal shows effectively when to take a buy position and when to take a sell position. 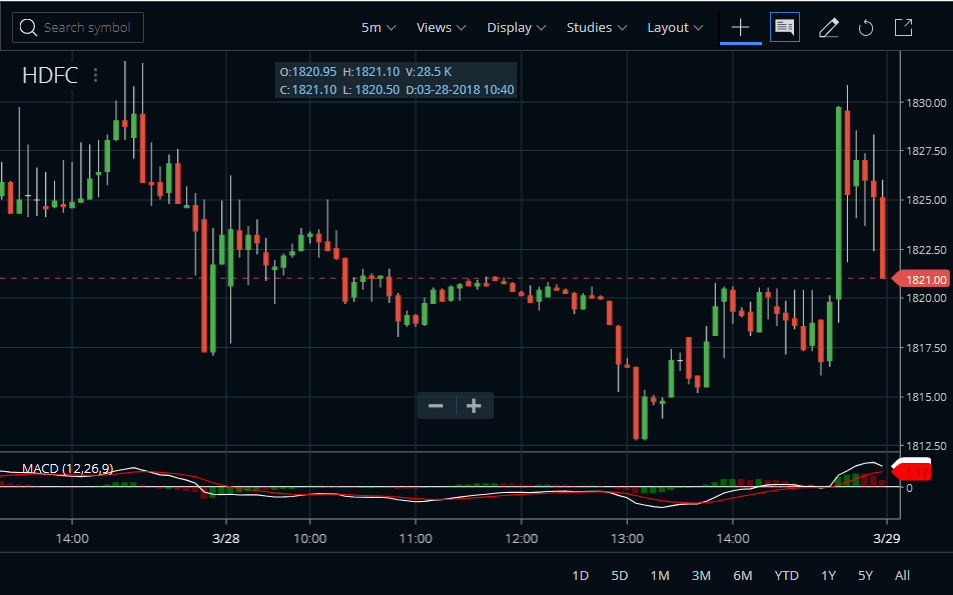 How to Attach Moving Average Convergence Divergence to a Chart?

We can easily attach the indicator to a Zerodha Kite from the STUDIES section. Watch the image below to check how we attached the indicator on HDFC share price chart. By default the parameters are 12-26-9, but you can test other versions of MACD like 3-10-16 as described by Corey Rosenbloom in his 3-10 oscillator etc.

MACD indicator is also available on the Upstox Pro platform. All terminals use almost same kind of parameters for this indicator.

How to use MACD Indicator?

This is the most important signal of the moving average convergence divergence is when the faster MA (Moving Average) breaks the slower one. In the traders often use this signal to enter new trades.

The MACD indicator has no limit. So, many traders do not think of using the tool as an overbought/oversold indicator. When a stock has entered an overbought/oversold territory, then a large distance between the fast and slow lines of the indicator. The easiest way to identify this divergence is by looking at the height of the histograms on the chart. In this indicator, this divergence often leads to sharp rallies counter to the primary trend. These signals are visible on the chart as the cross made by the fast line will look like a teacup formation on the indicator.

When the shorter exponential moving average pulls away from longer moving average, i.e. the MACD rises, it is very likely that the security is overextending its position and will soon return to more realistic levels. This overbought/ oversold condition varies from security to security.

I also do suggest a special video course on this subject. The name of the course is The MACD Paycheck: Simple Trading Laws for Extraordinary Wealth (Wiley Trading Video). This course has been designed by Dale Wheatley. He has earned heavy profits by using this MACD indicator only.