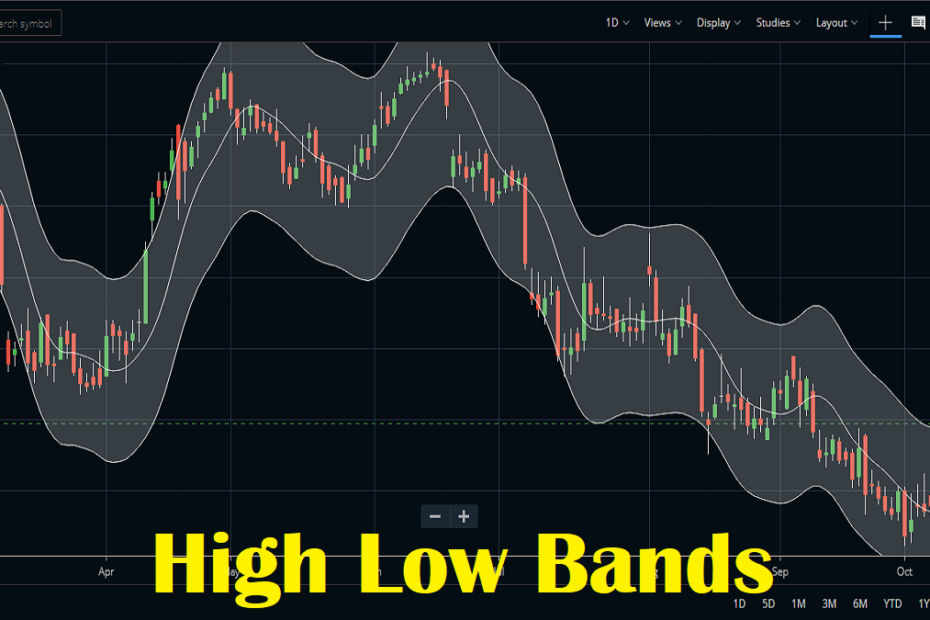 What is the High Low Bands indicator?

This indicator is also available under the STUDIES section in Zerodha Kite. You can attach it to your chart using the default parameters. Check the example of Reliance Industries price chart in the Kite terminal.

In the High Low Bands indicator, the default period is 10 and the shift percentage is 5. You can change the colour of the upper band, middle band and lower band. The default colours are white for all.

How to trade using the High Low Bands indicator?

In High Low bands Indicator are some possibilities which can indicate the entry and exit for each trade:

Pros of this indicator :

Cons of this indicator :

In this indicator, the whole concept of HLB lies upon the Triangular moving average. The High Low Bands Indicator, high and low bands are just wave-lines formed by shifting the triangular moving average by some specific percentage on both sides. Its nature is smooth that is the reason for this indicator is more responsive to price fluctuations. This indicator is most effective when it comes to trending markets. High low Bands could easily generate signals in trending markets. It is similar to all other indicators, fail in sideways or choppy markets.