The True Power of Hidden Divergence 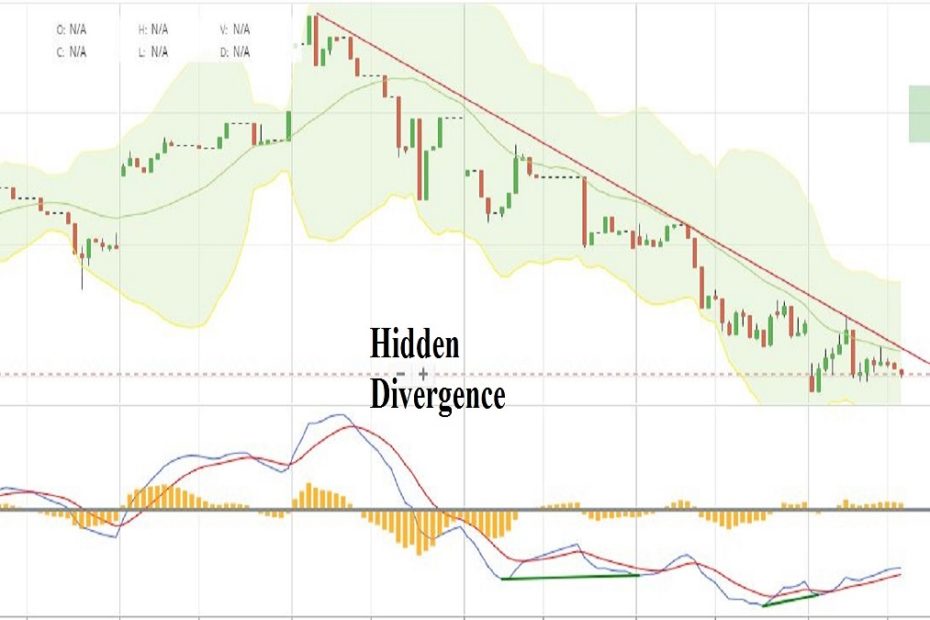 Divergence is a commonly used word in science and mathematics. But in the terms of a stock market glossary, the divergence occurs when the price of any asset is moving in the opposite direction to that of an indicator. Traders and investors commonly use these divergences to trade in the stock market. In this article, we will discuss hidden divergence. This is a special type of price to indicator correlation where we get a confirmation about the trend continuance.

Who developed this concept?

There are two main types of divergences, regular and hidden divergences.

A regular divergence occurs when either of the two following situations occurs.

Regular divergences are of two types.

Hidden divergences can be classified into the following two types as well.

A bullish hidden divergence appears during the consolidation period of an uptrend. It occurs when the oscillators indicate higher highs but the prices do not support because the market is in a consolidation or correction phase. Bullish hidden divergence indicates that the uptrend has still the strength. It also alludes that correction is just because of profit-taking and not because of strong selling activities. Therefore, the uptrend in the market is likely to continue.

A bearish hidden divergence appears during the reaction or consolidation period of a downtrend. It occurs when the oscillators indicate lower lows but the price action doesn’t indicate so because the market is in a reaction or consolidation phase. The reaction is just because of profit-taking and not because of strong buying activities. That means that strong short selling is still going on and the bearish trend is likely to continue.

How to identify hidden divergence?

How to trade hidden divergence?

The Bullish and Bearish Hidden Divergences

This is an ideal example of bullish hidden divergence. Bullish hidden divergences occur during the consolidation period. This kind of price consolidation occurs during an uptrend. The price is making higher lows. But the oscillator of your choice is making lower lows. It is an ideal case of entry where you will make a bullish position to expect the uptrend to continue in price. Unless the trend breaks you keep your position and make a profit thereafter. But in the case of classic divergence, a trader makes an entry in the expectation of price reversal.

Similarly, in bearish hidden price divergence, the divergence occurs during a downtrend. The price is making lower highs in the chart, but the oscillator is making higher highs. Here, as a trader, you open a bearish position assuming the price will go down further.

This is the Nifty 50 daily chart. A bearish hidden divergence occurred during June 2019. . It continued till mid-September, 2019. Nifty was making lower highs, MACD was making higher highs in the daily chart. It was a clear signal of hidden divergence. The market was in a downtrend, prices were making lower highs. People who created a bearish position in Nifty had to wait till March 2020 for the big downfall to happen. As it was a daily chart, the effect showed in a broader time scale. After the market went up from September 2019 onwards, the classic divergence showed there was an imminent market downfall looming ahead. Classic divergence warned about price reversal.

A few words about divergences

Divergence trading, be it classic or hidden, needs patience from traders. Also, a trader needs to understand the market scenario before taking a position. The longer the time frame, the longer time it takes to take effect. One should not take a position even if there’s a bullish or bearish divergence signal alone. Look for a supporting signal from other indicators before taking a trade. And at times the divergence trade will test your patience. So hold tight till you get the profit. But if there are other indicators that also show supporting signals, you can take the call. Rest lie on the trader who is actually creating a trading position from a bullish or bearish hidden divergence signal.