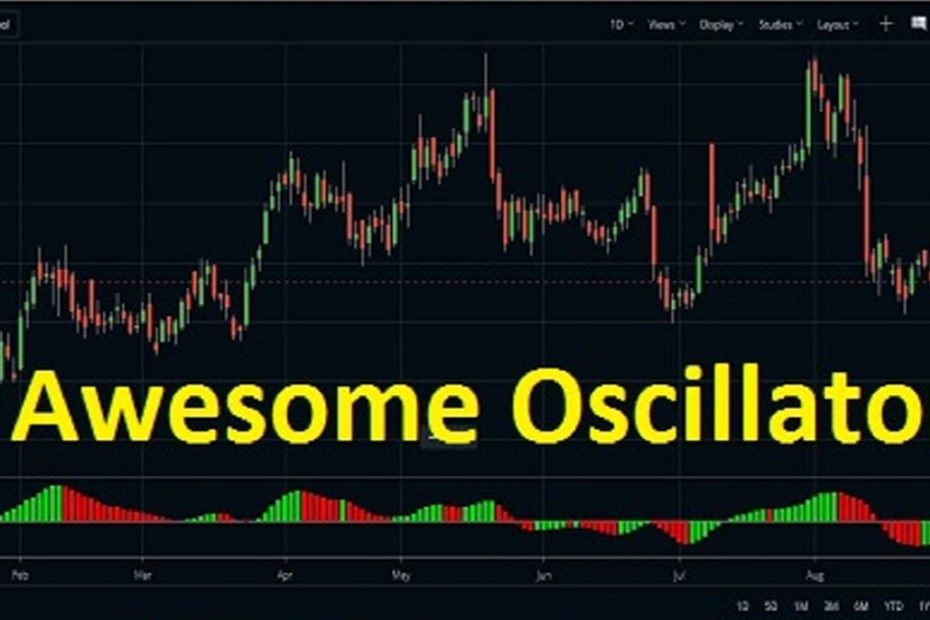 Awesome Oscillator indicator (AO), is an oscillator that helps the traders to understand the market momentum. This can calculate the momentum in any time frame. This indicator has been designed by Bill Williams of the Profitunity Trading Group. Now, why is the indicator called as awesome? What so special in it?

How does an awesome oscillator work?

As the name suggests it is an oscillator, so it oscillates between two extremes. This oscillator calculates the difference between a 5 period and a 34 period simple moving average (SMA) of a particular stock. The unique thing about this oscillator is that when calculating the SMAs, the midpoint of the candlestick is considered instead of opening or closing price. AO is used to affirm a particular trend or anticipate a possible price reversal.

What is AO indicator?

How to attach the Awesome Oscillator indicator on the chart?

In the same way, we can plot the AO indicator on the Upstox Pro charts. The settings are the same as the Zerodha charts. Watch the image below.

The Awesome Oscillator starts below the zero line and crosses above zero. It is a buy signal, you can enter a long position. Keep a stop loss below the last swing low. Similarly, you can enter a sell trade if the AO starts from above zero and crosses the zero from above. Keep a stop loss above the last swing high. The big question is when to exit the trade? If we sell at the AO changing color or once again crossing the zero exits may not be good and profitable positions may turn to lose ones.

#2 Modifying the Entries and Exits with Trend Lines

Similarly, enter a buy trade if AO is positive and a trend line breaks on the upside. Exit the buy trade if the AO becomes red. Check the image below to understand the setup.

If we get consecutive three green bars on the AO we note the high of the candle. When the high of the candle is taken out we will enter a buy position. We will keep the stop loss below the last divergent bar. Similarly, if we get consecutive three red bars we will note the low of that candle. if the low of the candle is taken we will enter a short sell trade. We will keep the stop above the last divergent bar.

This is also a highly accurate trend following strategy. This strategy requires an established trend, then a short pause. Then finally the price moves again in the direction of the trend.

The sell trade rules will be just opposite to the buy trade rules. First, the Awesome Oscillator indicator must cross below the zero line and create red bars. Then there should be a short pause in the trend and AO creating at least two green bars. Then again the red bar should form and the red bar length must be bigger than the previous green bar. Enter a short sell trade here. The saucer strategy is highly accurate and is very useful even in intraday.

In both the buy and sell setup trade with a tight stop loss to lock in profits.

The Awesome Oscillator indicator is a really mighty indicator. Bill Williams has shown us a major use of this technical indicator in his Profitunity Trading System. You can use this indicator along with the Alligator indicator to find perfect entries.