How to Trade Using Profitunity Trading System on MT4? 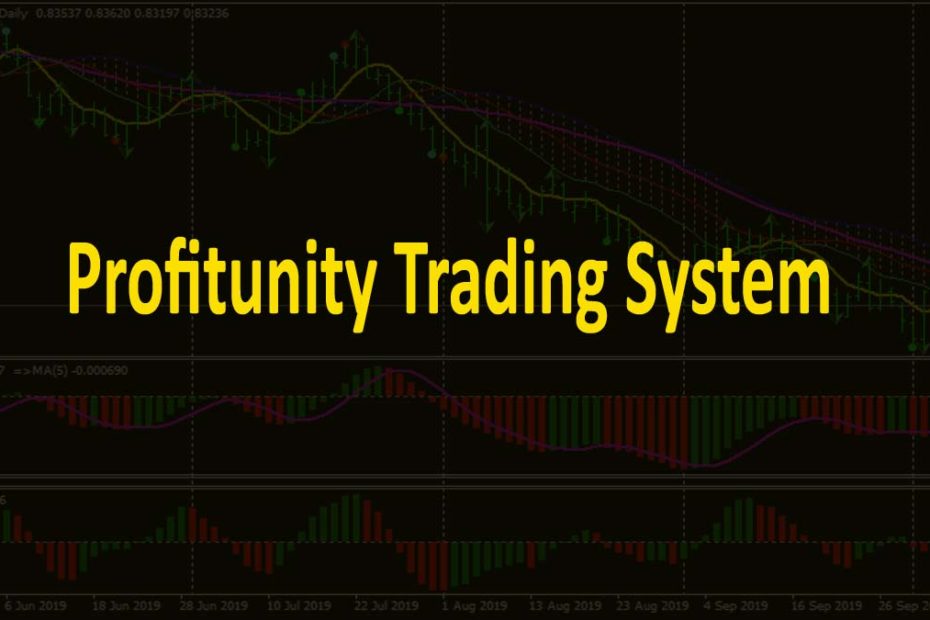 While discussing the Profitunity systems, the name of a famous personality Bill Williams comes automatically. He is a master in trading psychology. He is famous for his technical analytical theories in the stock, commodities and forex market. In the Profitunity trading system, there are certain steps and techniques which will discuss in this article. Certain Profitunity indicators are included in this trading system. Hence, without taking further time let’s step into the main discussion.

Mr. William’s Profitunity or Chaos is a unique and popular theory that he has formed by combining trading psychology. According to him, trading and investment are somehow determined by human psychology. Traders should follow and analyze the real market situation. Trading is a psychological game rather than mathematical. Self-knowledge and understanding are the keys to success in the stock market.

What is the Profitunity trading system?

As I have stated above, there is a set of Profitunity indicators that helps to execute the trades in the stock market with much accuracy. There are specific tradings rules which are described below:

On the chart applying tools are as follows:

Let’s start with the Alligator tool.

In it, there is a difference between the 34 and 5 periods SMA (Simple Moving Average) of the midpoint of the bar (H+L)/2. This oscillates above and below a zero line.

How to trade the Profitunity Trading System?

When the Alligator lines are open, in trend direction, put a buy stop one point above the recent fractal outside of the lines. the lines.

When Alligators are closing, traders are closing too. Just stay out of the market while lines are intertwining.

We can take any signal in that direction after the first fractal is taken.

When AO cross line zero from negative to a positive value, we go long. It short in the opposite scenario.

When there are 3 consecutive AO bars above zero line and the last two having higher highs, we go long. Sometimes, AO pulls back for a while.

What are the 3 Wise Men Signals in the Profitunity Trading System?

This is the last of the 3 wise men signals. It comes after a first wise man and a second wise man signal. If the price crosses a fractal above the Alligator for the first time, it is a third wise man long signal. The stop loss will be below the first wise man divergent bar.

Similarly, if the price crosses a fractal below the Alligator for the first time, it is a third wise man short sell signal. The stop loss will be above the first wise man divergent bar.

Here, we have given the following link by which you can FREEly download and use Profitunity and templates for MT4 (Metatrader). This is far better than the default Bill Williams indicators.

Once you attach the indicator to your Metatrader charts, you will get to see the Profitunity Trading System in real-time on Metatrader (MT4).

Regarding Bill Williams and his techniques, I suggest to read the following book. Traders Troubleshooting Tools: A Collection of Aphorisms, Quotes and Trading Tips.

The Profitunity Trading System is a complete trading system with a set of indicators. The system has a defined entry and exit rules and we can trade this mechanically. The system also has money management rules inbuilt.