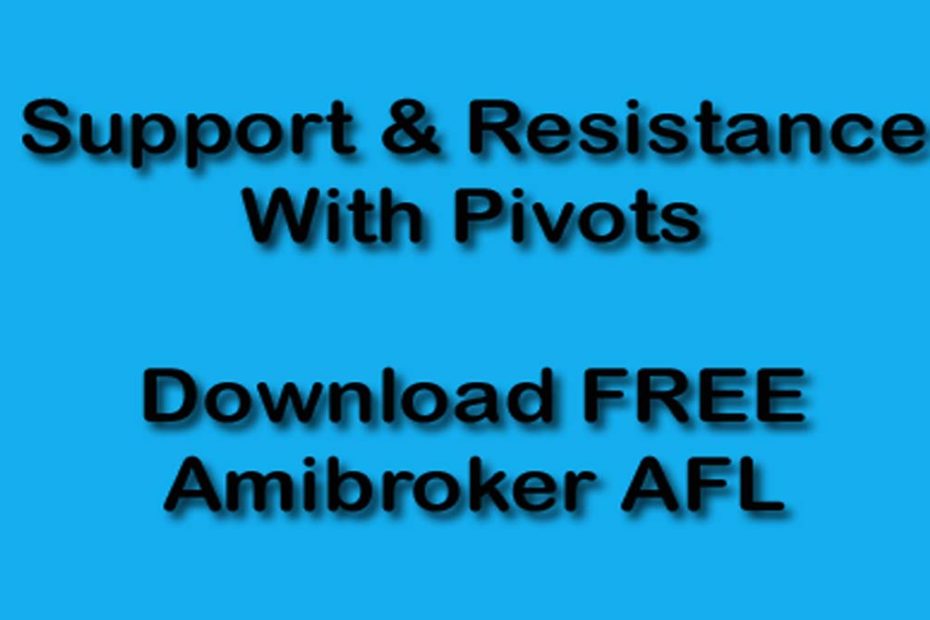 Before beginning, one thing should be clear to you, our previous article on Pivot Point is quite different from today’s Pivot support-resistance. Hence, Pivot is a totally separate concept. The pivot point is a calculated Pivot while today’s topic covers Structural Pivot or often refers to Bar Count Reversals. At the end of the article, a free Amibroker AFL code will be provided. So, let’s start with support-resistance.

What is meant by the Support-Resistance (S&R)?

First let us understand what do we mean by support and resistance level or S&R.

The Pivot has nothing to do with calculations. It just deals with visual interpretation. Structural Pivot is nothing but a price-bar formation, widely-used in technical analysis. It indicates a clear real-time signal of support and resistance. The price bar has four segments, OHLC (Open, High, Low, Close). For the composition of Pivot, minimum three bars are needed. In order to show support-resistance, Pivot Low-high are used to draw trendlines. Here, support indicates Pivot Low and resistance is Pivot High.

How does Pivot work?

We have created a nice AmiBroker AFL code (in our previous post full description is available) for S&R with Pivots. The download link will be given below. But first lets check the example of the AFL.

The above chart displays in Amibroker after applying the Amibroker AFL code. The script is on BAJAJ AUTO share price 15 min. As you can see there is a clear indication of support and resistance level here. The green lines are the support while orange is resistance level.

You can download the code by yourself. It’s quite easy to apply to the chart. Just copy the link and put it in formula editor of Amibroker. There is a FREE Amibroker AFL code given below.