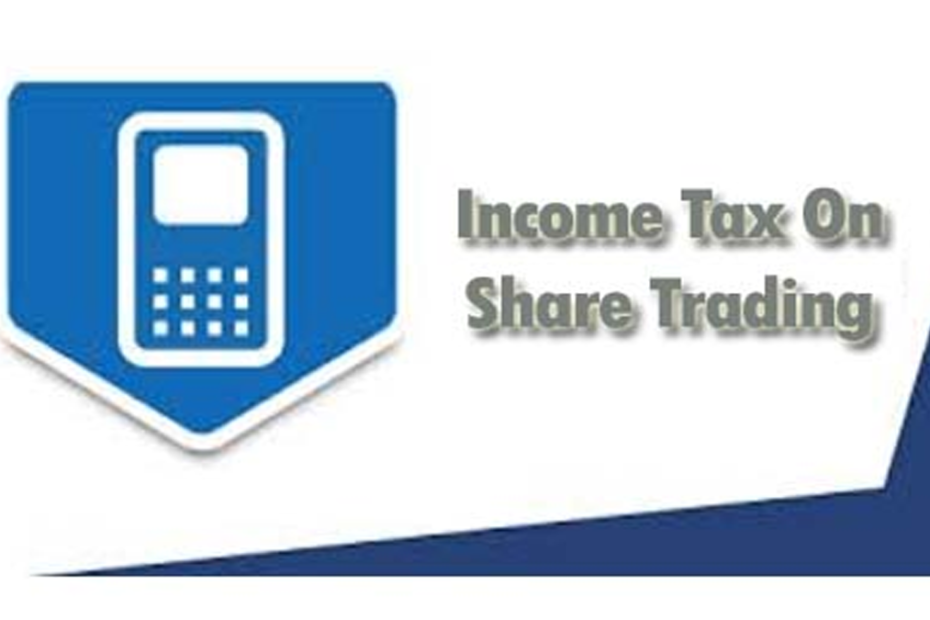 In this article, we will discuss the tax aspects of the stock market. That means how much tax a trader or an investor needs to pay on the income from the stock market. Everyone who is new to the share market has a curiosity to know the tax slabs on the returns from stock trading. So let me discuss the income tax on share trading calculation in a simple and easy way.

The first advice to the newcomers will be to concentrate on income first, because if there is income, then only there will be a question of tax. If there is no income, the government will not charge a single paisa as a tax. So before we go deep into the Income Tax on share trading calculation, let us know how many types of tax are there.

There are 3 types of tax in the stock market:

Let me assume, Ravi is an investor who buys a stock and holds it at least for 365 days or more. On the other hand, Raghu is a trader who trades in the equity market and he frequently buys and sells his holding. Raghu does not hold his trades for more than a few months or few weeks or few days and he never holds his trades for a year. And Rahul is a trader who mainly trades intraday or trades futures or options.

Previously only STT was charged which is also known as Securities Transaction Tax. So there was no LTCG. So, previously if we used to hold a stock for more than 365 days, the gain was completely free from any income tax. But recently on the Union Budget 2018, the Finance Minister, Mr. Arun Jaitley has proposed for a 10% LTCG on both the stock market as well as on the mutual funds. So previously there was no tax if we bought any stock and held them at least for 365 days and then sell them. But now the scenario is going to change. Previously, Ravi was not paying any income tax on his profits, but now he is likely to pay 10% tax on his profits apart from the STT.

As Raghu does not hold his trades for 365 days or more his trades are termed as short-term trades. As per current tax rates, Raghu needs to pay flat 15% income tax on his profits. So if he makes Rs. 1 Lakh profit in a financial year, he needs to pay 15% of Rs. 1 Lakh or Rs. 15,000 as income tax. A short-term trader needs not to think of tax slabs. Whatever tax slab he is in, he can pay just 15% flat tax on his profits.

Rahul mainly is mainly doing intraday trading. He also does futures and options trading. Rahul’s trading activity is known as speculative and non-speculative business. While doing the income tax on share trading calculation, this third type of trader’s trading is seen as a business. So any profit Rahul is making is taxed as a normal business. This tax does not have a fixed rate and this will depend on the amount of profit and Rahul will be taxed as per the current income tax slab his profits come under. If his income is below 2.5 Lacs or 3 Lacs, he need not pay any income tax as per current tax slabs. If he makes more income eventually he needs to pay 10%, 20% and ultimately 30% income tax depending on the amount of income and current tax slab.

In case Rahul earns Rs. 2 Lacs from some other business and he earns Rs. 3 Lacs from intraday trading, his total business income will be Rs. 2 Lacs + Rs. 3 Lacs = Rs. 5 Lacs. This Rs. 5 Lacs will decide his tax slab and he needs to pay tax accordingly. Rahul can deduct his expenses from his income before final taxing, as this is a business income. So he can deduct his expenses like computer price, internet expenses, any staff expenses etc from his income before final taxing. See the current income tax slab below:

How to adjust loss in income tax on share trading calculation?

In all three kind of taxes, investors and traders can deduct the losses before the final taxing. So if a trader is making a profit or Rs. 5 Lacs from few trades and on the other hand if he makes a loss of Rs. 2 Lacs from other few trades, he can deduct the loss from the profit before final taxing. So he needs to pay tax only the net profit of Rs. 5 Lacs – Rs. 2 Lacs = Rs. 3 Lacs. For speculative and non-speculative business income, the loss can even be carried forward to the next year. If next year a trader makes a profit, he can adjust it against the loss made last year. In this way, in speculative and non-speculative business income, the losses can be carried forward for 7 years.

We have already discussed, how to do the income tax on share trading calculation. Few important points are still there to discuss. If a salaried person works in the stock market and does intraday trading, he can show his income both as salaried or as business as his income is a mixed of two. On the other hand if the yearly turn over of a speculator, rises above Rs. 2 Crores, which is very normal if he trades in futures and options, these kind of traders will also need to undergo audit before taxation. Previously this limit was Rs. 1 Crore. But now it has been increased to Rs. 2 Crores.

The turn over is calculated by adding both the profit figure of any financial year and loss figure simultaneously. Suppose, Rahul has made Rs. 10 Lacs profit in few trades and made Rs. 5 Lacs loss in other few trades, his total turnover is Rs. 10 Lacs + Rs. 5 Lacs = Rs. 15 Lacs. So, this turnover is not same as the turnover calculated by the brokers. So we discussed about tax aspects of share trading. I will be happy to answer your queries on this taxation topic in the comments section below.

Shuvro, you can send your contact number so that we can help. You can consider Zerodha, Upstox or 5Paisa.