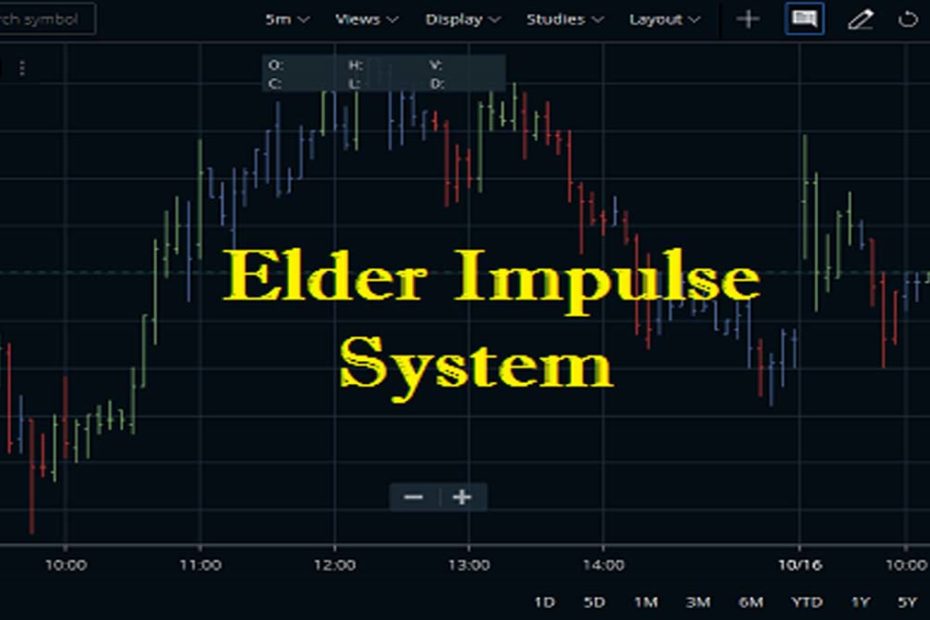 After Elder Force Index, the Elder Impulse System indicator was also developed and described by Alexander Elder in his books. It’s based on two popular indicators – a 13-period Exponential Moving Average (EMA) and a histogram MACD. The Elder Impulse System uses the Ema indicator for defining a short-term trend and the MACD-Histogram measure’s momentum. This indicator serves as a good filter for choosing the moment to enter the market. This is a unique indicator combination of color-coded into the price bars for easy reference.

Does the elder impulse system work?

If traders want to measure the trend and gauge the market movement, the Elder Impulse System is best for them. Whether a trend speeds up or slows down, can be identified with the indicator. The trading system is basically built on two indicators, a 13-day exponential moving average and the MACD histogram. Let’s start with the usage of the indicator and I’ll move on to the setup process.

These are some of the top points on EIS (Elder Impulse System) usage. The usage can be of different types, based on the application method. Many successful traders use the system all over the world. So let’s see the points below.

How can we set up the Elder Impulse System on Charts?

The method of putting up the Elder Impulse System is quite simple and straight. To make the concept clear, I place two sets of examples here, one is with Zerodha kite and the other one is with Upstox pro.

Set up the System with Zerodha Kite

Check the State Bank of India chart above to understand how to add this technical indicator in your Zerodha Kite. This indicator is available in the STUDIES section.

The indicator is triple color-coded by default – bullish (green), bearish (red) and neutral (blue). These are customizable, you can change the colors as per your wish.

Set up the System with Upstox Pro

Here, is the second example of the Elder Impulse system with Upstox Pro. To get the system, you just need to click on the indicator section, and you are there. The setup procedure is simple like Zerodha kite.

Here, also, you can change the colors of the bullish, bearish, and neutral colors.

Now, let’s go through the most important part of the content, how to make profits by using the Elder Impulse System Indicator strategies. After lots of experiments, we are able to find out some of the most profitable strategies of it. We divide these into two-part, simple and advanced. So, let’s start with the most simple and basic once.

In order to decode the system, it is advisable to use other technical tools along with this. Like here, I add MACD and SMA (Simple Moving Average 50) to find out the exact entry-exit points.

In order to identify the exact point at which both the moving average and MACD align in one direction, which is upward, this indicates a buy signal. Like the same way, we assume a sell signal when both the MACD and the ‘Elder Impulse System’ turn bearish.

Now, look at the above picture, there, both SMA and MACD turn positive before the bullish trend. Price went above the 50 SMA line and MACD also turned positive there.

Traders can also use the indicator to prevent bad trades and whipsaws before entering a trade. You can ignore long trades when the Elder Impulse System is not in strong bull orbit (green bars) and ignore short trades when the system is not in strong bear orbit (red bars). Also, trades need to be avoided when the intermediate time frame and long-term timeframe colors are contradicting. Traders can also use this elder impulse system indicator to anticipate patterns or reversals. Besides this, you can also apply the system as a short-term reversal for confirmation.