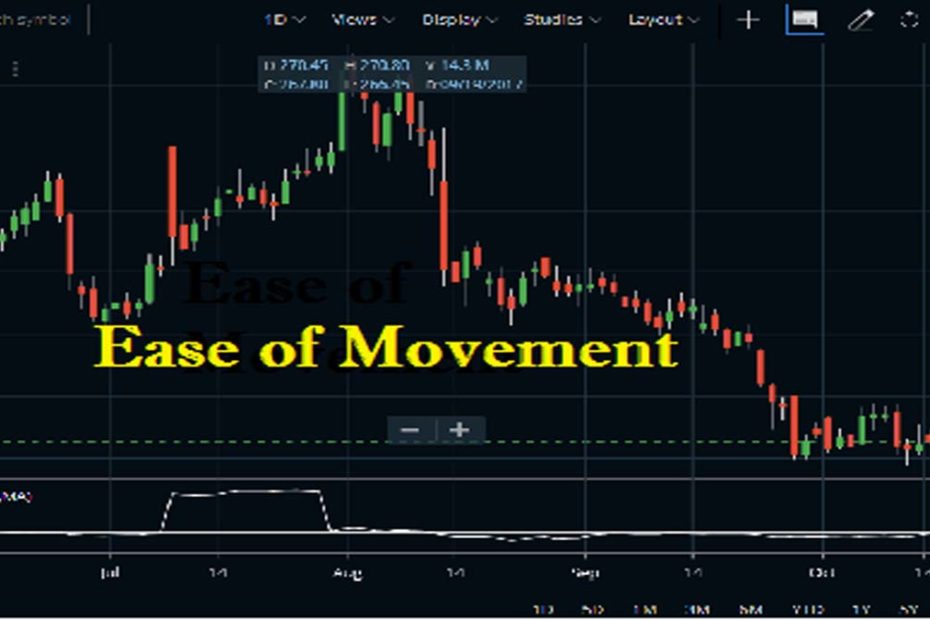 Ease of Movement indicator or EMV is a volume-based oscillator that fluctuates above and below the zero lines. This indicator is designed to measure the “ease” of price movement. Richard Arms created Equivolume charts to visually display price ranges and volume. It takes Equivolume to the next step by quantifying the price/volume relationship and showing the results as an oscillator. In this indicator, prices are advancing with relative ease when the oscillator is in positive territory and prices are declining with relative ease when the oscillator is in negative territory.

What is EMV in stocks?

The Ease of Movement Value indicator is basically a volume-based oscillator that is designed to measure the price movement. The indicator identifies the relationship between price and volume and fluctuates between positive and negative territory, based on a zero line.

Which are momentum indicators?

What is the best momentum indicator?

Under technical analysis, there are various momentum indicators available. Among them, RSI, Stochastics, EMV (Ease of Movement Value), Stochastics, etc are popular.

How to Calculate Ease of Movement Indicator?

Ease of Movement indicator calculation includes three elements, these are:

How to Place the Ease of Movement Indicator on Charts?

Here, I’ll guide you step-by-step how you can place or set up the ease of movement indicator on charts. To give examples, I’ve chosen two charting platforms, one is Zerodha kite and the other is Upstox Pro. So, let’s begin.

You can find Ease of Movement Indicator in the “studies” section in the Zerodha Kite chart.

Users can adjust the settings by changing the numbers in the “period” box. The default period is 14 here. This indicator can easily be positioned under the price. And by default the color of the indicator is white. Here, traders can use their own color as per choice.

So, after the demonstration in Zerodha Kite, I am moving forward to Upstox Pro Charting and trading platform. The process of setting up the indicator is quite simple like the Kite. Here also, search for the indicator is the first step.

Then you can customize the period and color of the indicator. The default period is set at 14 here.

By using some of the popular EMV (Ease of Movement Value) Indicator strategies, you can make easy profits. Based on the difficulty level, I broadly divide the strategies into 2 segments basic and advanced. Let’s start with the basic one.

Check the image below to analyze the EMV indicator on a State Bank of India intraday chart.

This is the five minutes chart on SBIN. The straight white line over there denotes zero and the fluctuating line is EMV denotes 2.92 (Positive).

Now, look at the above chart, I’ve added a 100 SMA (simple moving average) line (yellow) over there. Whenever the large bullish candle crosses the SMA line from below and, at the same time, EMV also appears positive, buyers may take entry there.

Reversely, when the price crosses the SMA line from above with a huge bearish candle and EMV also negative, sellers get active.