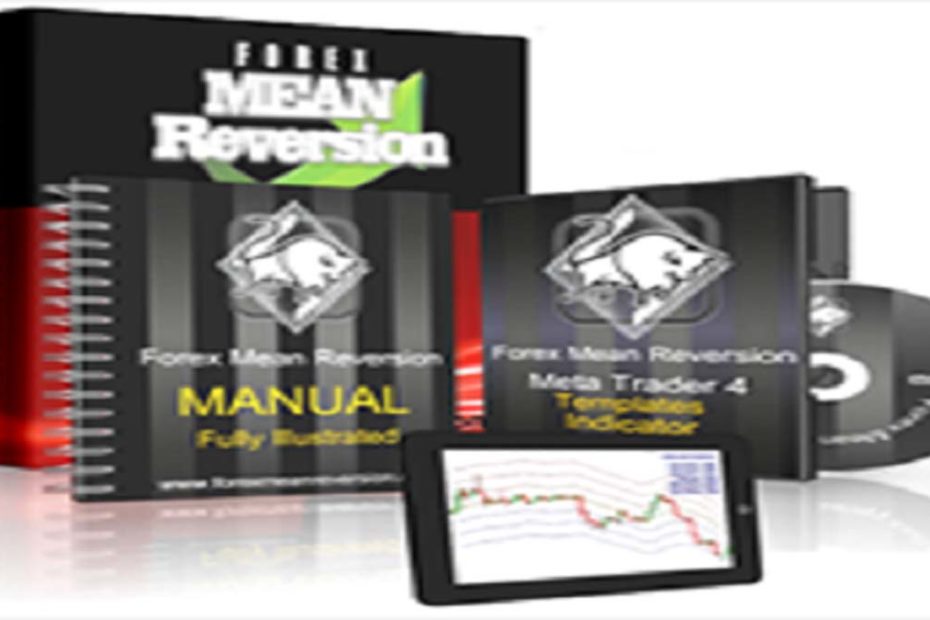 Introductory details to forex Mean reversion indicator: Many traders, even those with expertise use systems to increase the probability of winning. The two topmost indicators fall into two classes: “Leading” or “Lagging”. To understand the Forex Mean Reversion Indicator properly. You need to first go through the basic concept of Mean Reversion.

What is Mean Reversion Theory in Finance?

In mathematical terms, the mean is the average of numbers. In finance, the term Mean Reversion implies a theory. The theory assumes that a stock price always tends to move to the average price over time.

If we demonstrate the concept, it comes out that price after a significant short-term move tends to back to its long-term average position.

For example, suppose the SBIN average daily price rate is going on at 170 and if positive news comes out, the price makes a high at 200. After some times later, with the normalization of the market, the price tends to move to the 170 level. It is the mean Reversion Theory.

Lagging indications and systems are in line with them are ineffective as a result of because the identity suggests – They lag.

The Foreign exchange or Forex Mean Reversion Indicator is neither a Leading or a Lagging indicator – It’s an actual-time indicator that predicts the market in accordance with uncanny precision. It gives a real indication of when a market is Overbought/Oversold – On ALL conditions throughout ALL time-frames.

Forex Mean reversion facts: Price fluctuates from a mean (price) to multiple Highs and Lows and it reverts to a mean (price) at some stage in the future period. Below is a list of popular definitions for Mean Reversion, including their sources:

A theory suggesting that prices tend to eventually move back towards the mean or average – Investopedia.

The essence of the concept is the assumption that both the high and low prices are temporary and that a foreign currencies price will tend to move to the average price over time – Wikipedia.

The Forex Mean Reversion or FMR Indicator is a real-time indicator based on a fundamental fact. FMR calculates and displays a Mean (price) based on the Mean level (a Simple Moving Average SMA) setting.

It can calculate and displays two levels of the Mean – These levels are generally on the percentage movements derived from the current Average True Range (ATR) reading.

Here, the Level 1 is a suggested Entry level (a reversion to the mean is expected) while Level 2 is a suggested Stop level (historically, prices rarely, if ever, extend to).

Both of the levels along with the Mean level setting, are user-defined and are adjusted the same way as settings for other Technical indicators.

The particular FMR product can be used either as a trading system or as an indicator to complement existing strategies. For this reason, they provide:

The FMR template and
The FMR indicator

Those wishing to use the Forex Mean Reversion System simply load the template onto the charts they wish to trade and adjust the indicator to suit their trading style. On the other side, you can add the indicator to any existing chart and again adjusted as required.

Here, the Suggested levels for selected instruments and time-frames are provided in a particular manual. However, one of the main benefits of the indicator is its flexibility. You can able to use and adjust these levels or identify their own, for ALL of the instruments on ALL time-frames. the forex mean reversion system can be used even on India’s Nifty index.