Home » Blog » News » What is Cryptocurrency? What is Bitcoin?

What is Cryptocurrency? What is Bitcoin? 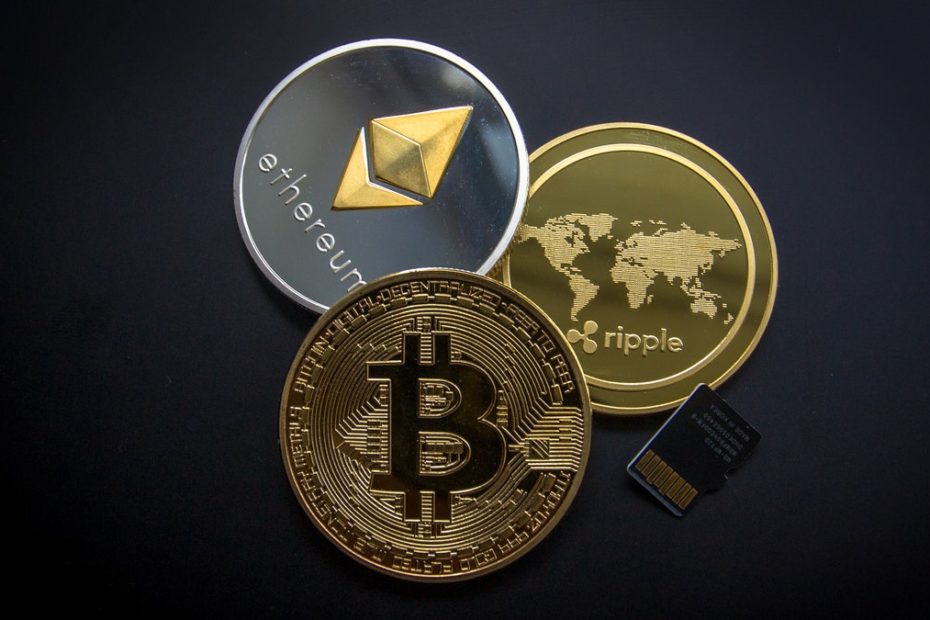 This post will answer your questions on what is cryptocurrency. And we will also discuss what is Bitcoin. A cryptocurrency is a digital and virtual currency that’s protected by encryption. This makes counterfeiting and double-spending practically impossible. When we think of commodities, we tend to think of valuable resources that we can trade, but not often use as currency. Crude oil, natural gas, and numerous base metals fall into this category which is arguably the most well-known trading commodities. These are resources that investors have been dealing with and monitoring for years, making the overall commodity market fairly set in its ways. But for a few years now a new commodity has been emerging, and it comes in a different form than the ones we’ve become accustomed to.

The new resource is Bitcoin, which the inventor initially designed as a digital alternative to conventional currency, but has since evolved into something more.

What Is Cryptocurrency? Frequently Asked Questions

In Plain English, What Is Cryptocurrency?

What is the Best Way to Get Cryptocurrency?

You can purchase cryptocurrency using crypto exchanges such as Coinbase, Wazirx, CoinDCX, BitBNS, and others.

What Is Cryptocurrency’s Purpose?

Many experts actually believe that this blockchain technology has significant potential for applications like online voting and crowdfunding. Also, big financial firms like JPMorgan Chase (JPM) believe that it has the ability to reduce transaction costs by expediting the processing of the payment.

What Is the Business Model for Cryptocurrency?

Cryptocurrencies enable safe online payments that are paid in terms of virtual “tokens” that are represented by internal ledger entries. The investors in cryptocurrency can make money by either mining Bitcoin or just selling their Bitcoin for a profit.

Which Cryptocurrencies Are the Most Popular?

Bitcoin is by far the most popular cryptocurrency, with Etherum, Litecoin, and Cardano following closely behind.

More on What is Cryptocurrency

Many of the cryptocurrencies are made using blockchain technology. This technology is a distributed ledger enforced by a wide and vast network of computers. People distinguish cryptocurrencies by the fact that no central authority has issued them. This makes them potentially impervious to government intervention or manipulation.

A cryptocurrency is actually a type of digital asset which is based on a network that spans quite a huge number of computers. They are able to exist outside of the control of governments and central authorities because of their decentralized structure.

The phrase “cryptocurrency” came from encryption techniques and this encryption keeps the network safe. Many cryptocurrencies depend on blockchains. These blockchains are organizational mechanisms for preserving the integrity of transactional data. According to many experts, blockchain and similar technology will disrupt numerous industries, including finance and law.

People criticize cryptocurrencies for a number of reasons. These include their usage for unlawful operations, exchange rate volatility, and the infrastructure that underpins them being vulnerable. Their divisibility, mobility, inflation resistance, and transparency, on the other hand, have been lauded.

Cryptocurrencies are online payment systems and they are denominated by virtual “tokens”. These tokens are represented by ledger entries on the system’s internal ledger. Various encryption techniques and cryptographic approaches are used here. These encryption techniques are elliptical curve encryption, public-private key pairing, and hashing functions. We refer to all of them generally as “crypto”.

Bitcoin was the first blockchain-based cryptocurrency, and it is still the most popular and lucrative. A lot, in fact, thousands of alternative cryptocurrencies exist today. Each of them has its own set of features and requirements. Some are Bitcoin clones or forks, while others are brand-new currencies created from the ground up.

“Satoshi Nakamoto,” a person or organization who goes by the pseudonym “Satoshi” created Bitcoin in 2009.

There were about 18.6 million bitcoins in circulation as of March 2021, with a total market valuation of around $927 billion.

What are other Cryptocurrencies apart from BitCoin?

Litecoin, Peercoin, and Namecoin, as well as Ethereum, Cardano, and EOS, are some of the rival cryptocurrencies produced by Bitcoin’s success. The entire value of all cryptocurrencies in existence is currently over $1.5 trillion, with Bitcoin accounting for more than 60% of that total. 3

Some of the cryptography used in cryptocurrency today was designed for military use. The government attempted to regulate cryptography in the same way that it regulates guns, but the right of people to utilize cryptography was protected under the First Amendment.

Pros and Cons of Cryptocurrency

Blockchain technology, which is used to keep an online ledger of all transactions that have ever been conducted. This provides a data structure for this ledger that is quite secure and is shared and agreed upon by the entire network of an individual node, or computer maintaining a copy of the ledger, is central to the appeal and functionality of Bitcoin and other cryptocurrencies. Each node must validate every new block before confirming, making forging transaction histories nearly impossible.

Many experts believe that blockchain technology has significant potential for applications like online voting and crowdfunding. Big financial firms like JPMorgan Chase (JPM) believe that it has the ability to reduce transaction costs by expediting payment processing. However because cryptocurrencies are virtual and no one is maintaining it in a central database, the loss or destruction of a hard drive might wipe away a digital coin balance if users do not keep a backup copy of the private key. At the same time, your funds and personal information are not accessible to any central authority, government, or corporation.

As of March 2021, Bitcoin’s total market capitalization was $927 billion.

Bitcoin as a Commodity

To be clear, Bitcoin still functions as a digital currency. Which means it’s created and held electronically and exists exclusively in the digital space. A simpler way to understand it is that Bitcoin is essentially code with value. People who conducted a complex mathematical “mining” process initially acquired cryptocurrencies like Bitcoin. But at that point, it’s out in the world and traders can trade them. In the early going, this was more of a concept than a working process. But Bitcoin has since proven its value, and we can use it in countless stores and online marketplaces. This can be a legitimate substitute for ordinary currency. As a result of the spreading idea that we can trade Bitcoin, rather than acquired, stored, and used, people, have begun to treat its price charts like those of any other commodity or stock asset.

We should note that Bitcoin is a fairly volatile asset, as a commodity. It’s still relatively new, and as such it still seems to be figuring itself out. Some of the factors that investors will be keeping an eye on include government regulation of cryptocurrency usage, merchant acceptance of Bitcoin payment, and any new developments in competing assets and relevant technologies. Even with a clear eye on these factors, it’s difficult to predict what’s going to happen next with this commodity. Just a year ago people looked back at a 2013 high value near $1,000 as a pinnacle for Bitcoin, but it topped $3,000 earlier this year. And yet, projections for the price’s future range from crashing back down dramatically to surging toward $10,000 or higher.

For now, investing in Bitcoin remains a somewhat risky prospect, whereas we value some other major commodities for their relative stability. But it’s still something worth monitoring over the coming months and years.

People determine cryptocurrency market values by supply and demand. The rate at which we can exchange a cryptocurrency for another currency might vary greatly, especially since many cryptocurrencies are designed to be scarce.

Bitcoin’s value has risen and fallen rapidly, reaching as high as $19,000 per Bitcoin in December 2017 before plummeting to roughly $7,000 in the following months.

For this, some economists also regard cryptocurrency as a passing fad or speculative bubble.

There is fear that substantial tangible assets are not backing cryptocurrencies such as Bitcoin. According to a certain study, the market price of Bitcoin is directly proportional to the cost of generating a Bitcoin, which consumes a growing quantity of energy.

Although bitcoin blockchains are extremely secure, other components of the cryptocurrency ecosystem, including as exchanges and wallets, are vulnerable to hacking. Hackers have hacked and stolen several online exchanges during Bitcoin’s ten-year lifespan, with millions of dollars in “coins” lost in certain cases.

Despite this, many analysts consider cryptocurrencies as having potential benefits, such as the ability to preserve value against inflation and facilitate exchange while being easier to carry and divide than precious metals and existing beyond the power of central banks and governments.