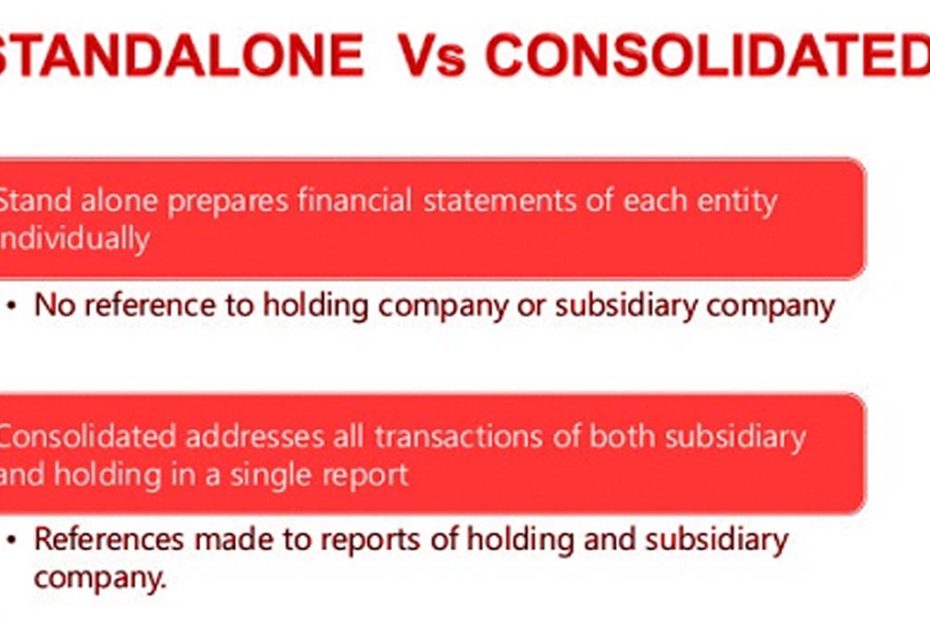 In order to analyze a company’s financial statement in fundamental analysis, you will find these terms again and again. Therefore, these basic financial terms should be clear to us. One thing is quite obvious that standalone and consolidated is different from one another. So, at the end of the content, ‘standalone vs consolidated’ the concept will be clear.

If standalone is connected with any ratio or profit, it means that profit or ratio is associated with the parent company only. Standalone data based on single segment or division within a firm.

One of the main advantages of getting both financial statements based on standalone and consolidated is investors can find out the health of not only the parent company’s but also its subsidiaries.

Hence. in case of analysing a company’s data accurately, both standalone and consolidate result are important. Investors can get an aggregate overview of the company’s growth, profitability, debt amount from it.