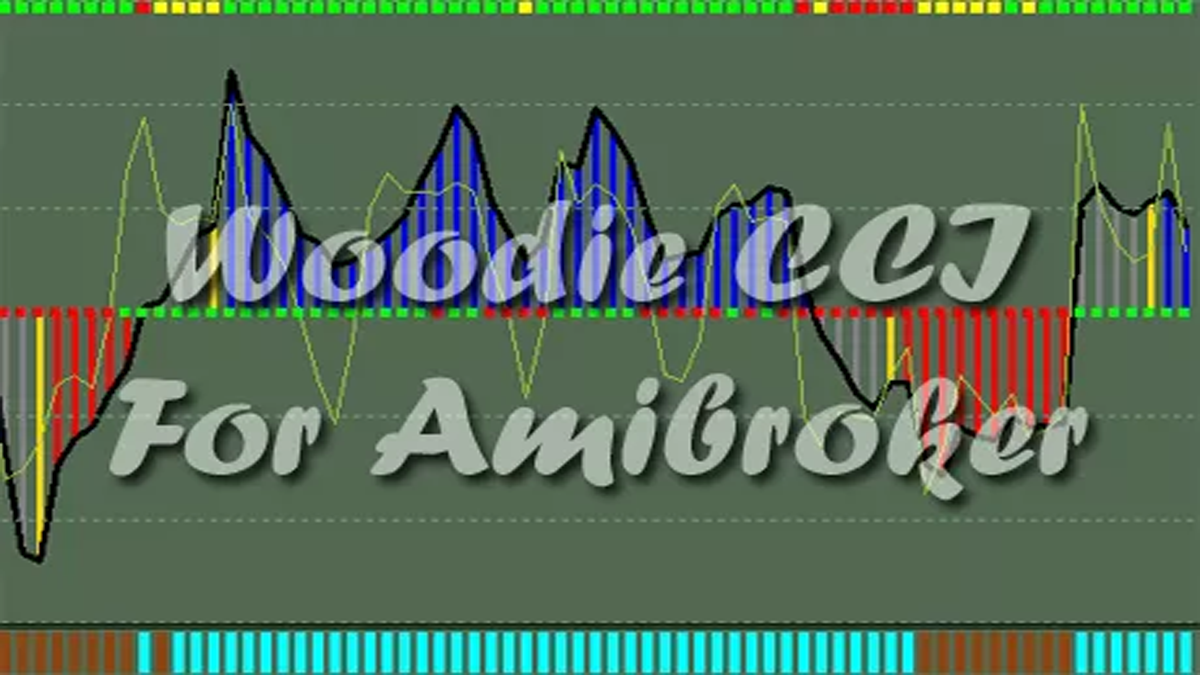 Woodies CCI was introduced by Ken Wood and the system has been named after him. It belongs to the category of momentum indicator. Before focus on the Woodies CCI, let’s clear the idea about CCI or Commodity Channel Index. Donald Lambert developed the CCI indicator in 1980. It is a versatile indicator, by using the indicator one can recognize new trend along with reverse trends. When prices are far above its average, CCI is generally high. The article will cover the basic concept of Woodies CCI and also will provide you with a buy sell signal AFL for AmiBroker (Wolrd’s best charting platform).

What is Woodies CCI & How is it Used as Buy Sell Signal?

A famous personality Ken Wood introduced Woodies CCI and traders named the pattern in his name. On the name of him, a club has been introduced, Woodies CCI Club. The particular pattern comes under the category of momentum indicator. The Woodies indicator was based on the trading pattern on the Commodity Channel Index. It is based on the 14 periods CCI. It is generally an unbound oscillator. Base value is 0 and it has no upper limit. Investors can spot a number of tradable CCI patterns in both with and against the trend. The 200 level signal is an extreme reading. To combine other signals, the indicator is often used.

There are various types of patterns in the Woodies CCI. Our buy sell signal AFL for AmiBroker can show most of the patterns easily. The patterns are listed below:

The Hook from Extreme trades is formed on +200 or -200 area and then start hooking or reverse back towards zero line. Therefore, the name itself implies the pattern of HFE. It also considers as a counter trade pattern. The pattern formation happens quite fast. Remember one thing when you execute HFE trade, it does not mean you are supposed to stay in it forever, you need to follow the exit signal. However, it can provide you with a huge profit.

This particular pattern connects two high or low. The trade can happen in both countertrades and with the trade. Through peaks and valleys (that line up to across the chart to form a line break), this pattern can be identified. When the line is broken, the trade generates its signal. TLB includes both counter-trend and a trend trade.

Vegas is a combination of certain things, firstly it needs to hook from extreme then followed by a rounding of the CCI. This rounding pattern must be consists of a minimum of three bars. The rounding can be formed in any direction. The entire pattern must form on the same side of the zero-line, considers as a strong signal. The rounding part plays a very significant role here, indicates a trend reversal. Vegas forms with around 8 to 12+ bars.

Famir is almost the same as Vegas pattern. The distinction between the two is Famir appears near CCI zero line. The second mountain is a small one, indicates a fast reversal pattern.

The name of this pattern itself defines its meaning. When CCI approaches or crosses the zero line after that turns back to the previous level, the pattern forms. Traders can combine the ZLR pattern along with Trend Line Break pattern.

The pattern is almost the same as Head and Shoulder pattern and belongs to counter trade pattern. The only difference ghost pattern doesn’t have to cross the neckline. The pattern consists of three peaks.

This is also similar to MACD / RSI / Stoch. Here the bull price is lower low and CCI makes higher high in the long trade.

Before taking the entry, find out how much risk is there. Do not enter the trade in between without patterns, Avoid entry near 0 lines.

So, above are some basic points regarding the patterns.

Indrajit is a professional blogger and trading system developer. Amibroker expert, Wordpress expert, SEO expert and stock market analyst.Trading since 2002, he has started the journey of StockManiacs.net on 2008. He follows Indian and world stock markets closely. View all posts by Indrajit Mukherjee