The Sri Lankan Crisis and India on Stock Market Angle 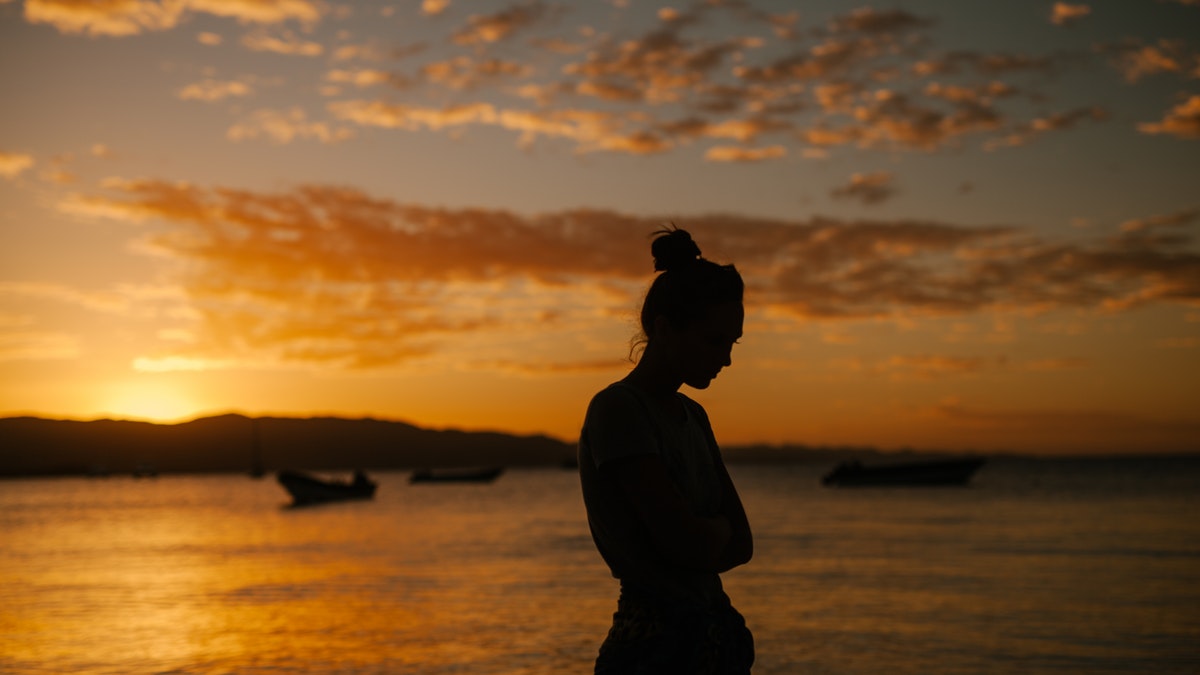 Sri Lanka, a small island next to India, is in the middle of what may be the worst financial crisis in its history as an independent country. Sri Lanka stopped paying all of its $51 billion worth of foreign debt since a couple of months. Their Government is also dissolved now. Since the crisis began, the World Bank says that 500,000 people in Sri Lanka have fallen into poverty. The bank says it is a “huge setback” equal to five years’ worth of growth. In this article we will look into the crisis in Sri Lanka and the aspect of Sri Lankan crisis and India.

Why is the Crisis in Sri Lanka?

The Sri Lankan crisis is a direct result of the country’s civil war, which lasted for over two decades. Since the end of the war in 2009, Sri Lanka has been working to rebuild its economy and infrastructure. However, the country faces significant challenges, including high levels of debt, unemployment, and poverty.

How the Problem Started?

The main reason for the crisis is a lack of foreign exchange reserves. In just two years, they dropped 70% to just $2 billion, which isn’t even enough to pay for imports for two months. At the same time, the country owes about $7 billion to other countries this year. The forex crisis is caused by a number of things.

After the Easter Sunday suicide bombings of 2019 that killed more than two hundred and fifty people, tourism, which is the country’s third-biggest source of foreign currency, almost stopped. The number of tourists dropped by as much as 70%.

Then the Covid-19 pandemic hit, which hit the tourism industry very hard. And the biggest source of dollars for the country, money sent home by foreign workers, dropped by 22.7 percent to $5.5 billion in 2021.

The crisis got worse because the country relied so much on imports for things like sugar, medicine, fuel, pulses, and cereals. In April, the government banned chemical fertilizers because it wanted to be the first country to completely switch to organic farming. However, 90% of Sri Lanka’s farmers still use chemical fertilizers to grow crops.

The move caused a big drop in food production at home, which drove up food prices. Farmers protested for months, and the decision was changed, but the damage was already done. In February, the price of food went up by 25.7%. Indian exporters roo began to feel the effects of the crisis.

The Current Condition of the Crisis in Sri Lanka

The situation is so bad that people started leaving the island nation and moving to the state of Tamil Nadu in the south of India. Also, Sri Lanka’s inflation has gone up to 17 percent, which is a lot. For a long time the country is running out of essential medical supplies and food, and the government is now dissolved. The country has declared itself bankrupt as there isn’t enough foreign currency to import essential things.

Sri Lanka can borrow up to $1 billion from India, and India has promised to help Sri Lanka in any way it can as it deals with the situation.

How big of a deal is Sri Lankan Crisis and India

Since Sri Lanka is a small country, its trade with India is not as big as it is with other countries in the area. India, on the other hand, has been one of Sri Lanka’s largest trading partners. Also, India depends a lot on Colombo, which is a port that moves goods from one place to another. About 60% of India’s transshipment cargo goes through Colombo. The port itself depends a lot on cargo from India, which makes up 70% of its total volume.

The newspaper Business Standard once said that thousands of containers sent from India to Sri Lanka, both for Sri Lanka’s own use and as trans-shipment cargo, are sitting unopened at Colombo port because the government can’t afford to move containers between terminals. This, in turn, has caused some Sri Lanka-bound goods to pile up at Indian ports. And now there is no Government, it is total anarchy.

Are there any big Indian companies in Sri Lanka?

Yes, there are a number of well-known Indian businesses in the country. Indian Oil, Bharti Airtel, Taj Hotels, Dabur, Ashok Leyland, Tata Communications, Asian Paints, SBI, and ICICI Bank are among these companies.

Does India put a lot of Money into Sri Lanka?

India is one of the countries that sends the most money directly to Sri Lanka. From 2005 to 2019, FDI from India was worth about $1.7 billion. With $139 million, India was Sri Lanka’s third-largest source of FDI in 2019 after China and the UK. India’s biggest investments are in retail gasoline, tourism and hotels, manufacturing, real estate, telecommunications, banking and financial services, and real estate.

Does India send a lot of important things to Sri Lanka?

India only sent $4.8 billion worth of goods to Sri Lanka every year. This was only 1.3% of India’s total exports. Only 0.16 percent of all the things India bought were from Sri Lanka.

How about Travel on the Aspect of Sri Lankan Crisis and India?

Sri Lanka makes a lot of money and foreign exchange from tourism. Before the coronavirus pandemic, India was the island nation’s biggest source of tourists.

The Indian subcontinent has been going through a lot of political and economic change. This is due to a near-coup in Pakistan and a serious financial crisis in Sri Lanka.

On the other hand, the crisis in the island nation in the Indian Ocean and its decision last year to stop using fertilizers has given Indian tea companies a chance to grow.

Sri Lanka is the country that exports the most orthodox (ODX) teas in the world. The current economic crisis is likely to affect how much tea it makes and how much it sells abroad. Russia has been one of India’s biggest export markets for low- to medium-quality tea, but most of its high-quality tea comes from Sri Lanka.

More on this Problem (A Flashback)

Since mid-2021, chemical fertilizers will no longer be used in Sri Lanka, which used to make up almost half of the world’s trade in ODX teas. This has hurt production in recent months. The tough economy right now is also likely to have an effect on production and costs in 2022.

On the international market, ODX supplies from India and Sri Lanka are in direct competition with each other. The CIS (mostly Russia), Iran, and the UAE are three large markets that are important to all three.

Notably, China is responsible for the whole increase in the world’s production of ODX teas from 2015 to 2020. In 2020, the pandemic made it hard for India and Sri Lanka to make things. Even though production was higher in 2021, it was still less than it was before the pandemic.

But China drinks almost all of the tea it makes, just like Turkey, another important tea-producing country. On the other hand, Sri Lanka sends out 95 percent of what it makes.

Sri Lankan Crisis and India – Opportunity in the Tea Sector

Sri Lanka’s tea production peaked at about 340 million kg in 2013. Since then, it has been slowly going down, and will reach its lowest level in almost 15 years, about 276 million kg, in 2020 because of the pandemic.

Even though production went up last year, it didn’t go up as much as it could have because chemical fertilizers were no longer being used. The effects of this became clear in November 2021. The total amount made in the four months from November 2021 to February 2022 has gone down by 18%. And in future too this is likely to keep contuinuing.

In terms of volume, India’s top three export markets are Russia, Iran, and the United Arab Emirates. In terms of value, these three places made up 35% of the whole between 2016 and 2021, but that share dropped to 32% in 2021.

Iran mostly sells ODX teas, but Russia and the UAE sell both CTC and ODX teas. Over the last five years, both the amount and value of exports to Russia have been going down. This could change, though, given how the economy and world politics are right now.

The difference in prices is caused by two things. Firstly, the mix of CTC and ODX teas. Here ODX teas usually selling for a significant premium over CTC. And secondly, the fact that Sri Lanka exports more packets and value-added teas than India does.

Indian companies that make ODX can now boost the amount and value of their exports, especially to Russia. This may, however, depend on being able to export in packet or value-added form. This would require some investments, as well as the success of the bilateral trade and payment mechanism that Russia and India are talking about.

The Sri Lankan Crisis and India on Stock Market Perspective is an interesting article that looks at the current situation in Sri Lanka from an economic standpoint. It is no secret that Sri Lanka is currently in the midst of an economic crisis. This has had a negative impact on the stock market in India. The article looks at how this crisis has affected the stock market in India, and what steps India is taking to try and mitigate the effects.

The recent political crisis in Sri Lanka has had a significant impact on the stock markets in India. As Sri Lanka is a major trading partner of India, the crisis has led to a decrease in demand for Indian goods and services. This also increased costs for Indian businesses. This has had a somewhat negative effect on the stock prices of Indian companies. Affected especially those companies with significant exposure to the Sri Lankan market. While the full extent of the impact is still unclear, it is clear that the crisis has had a significant impact on the Indian stock market.